GIVE THANKS TO THE FUTURE FEMALE LEADERS OF THE WORLD

Empower them with the right skills through education

Empower them with the right skills through education

Lend a hand to Educate Girls and change the face of the world!

Preeti* (8) and her family, from a remote village in rural India, had to collect wood and waste on roads and forests to earn a penny. The entire community, including children, is dependent on collecting waste for their livelihood. Every time Preeti saw a school-going girl, she secretly wished to go to school but knew that it was a distant dream for her.

Educate Girls team identified her as an out-of-school girl and spoke about the ripple effects of education. After multiple discussions and interventions, Preeti’s family was finally convinced. Preeti was enrolled in Grade 1! She never misses a day of school and aspires to be a Police Officer in the future.

Preeti became the first girl in her community to attend school, and has inspired many girls to follow her footsteps.

*Name changed to protect the identity of the minor. 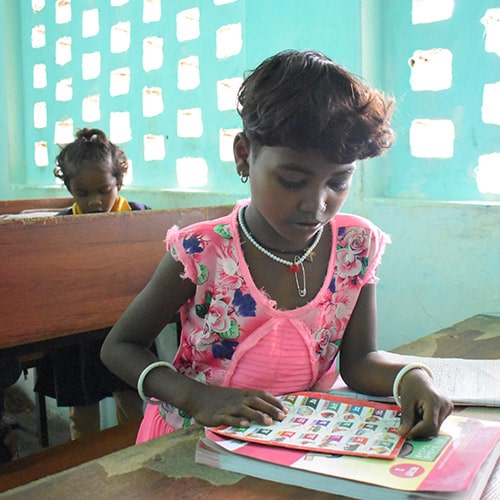 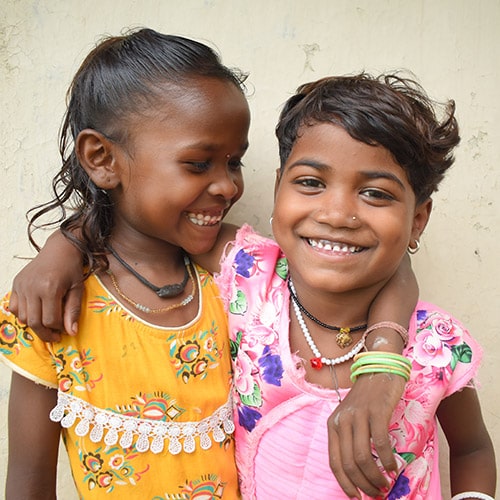 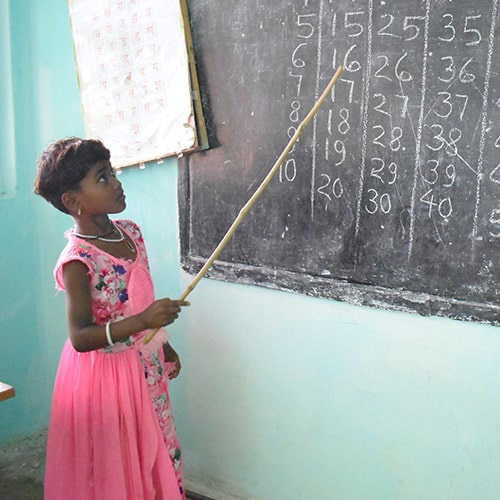 Be their reason to be joyous!

Yes, I want to Help 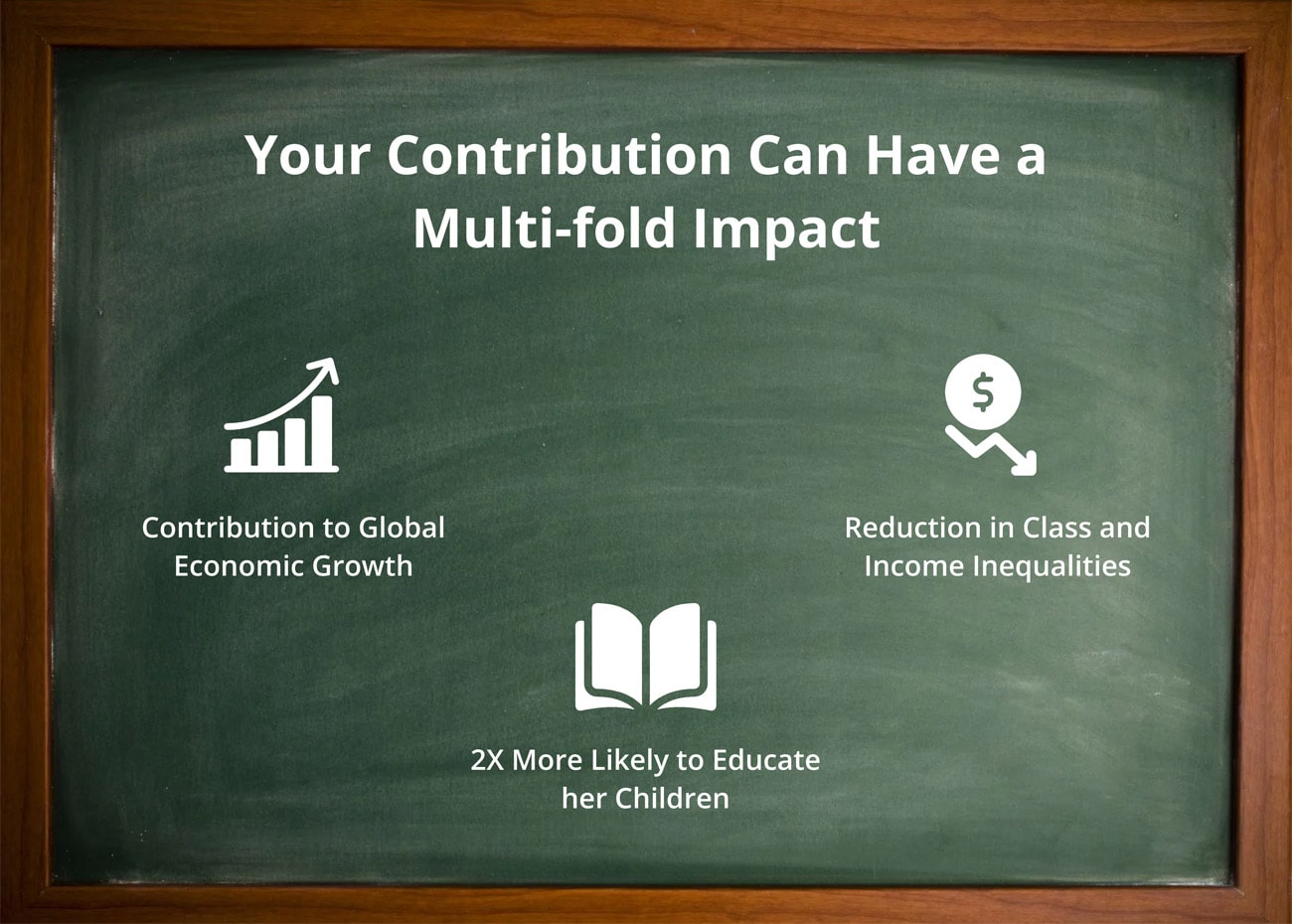 Choose an amount to give

If you are an Indian citizen, with a valid Indian passport and a Permanent Account Number (PAN) you may visit the Foundation to Educate Girls Globally’s website to support the Educate Girls program in India. 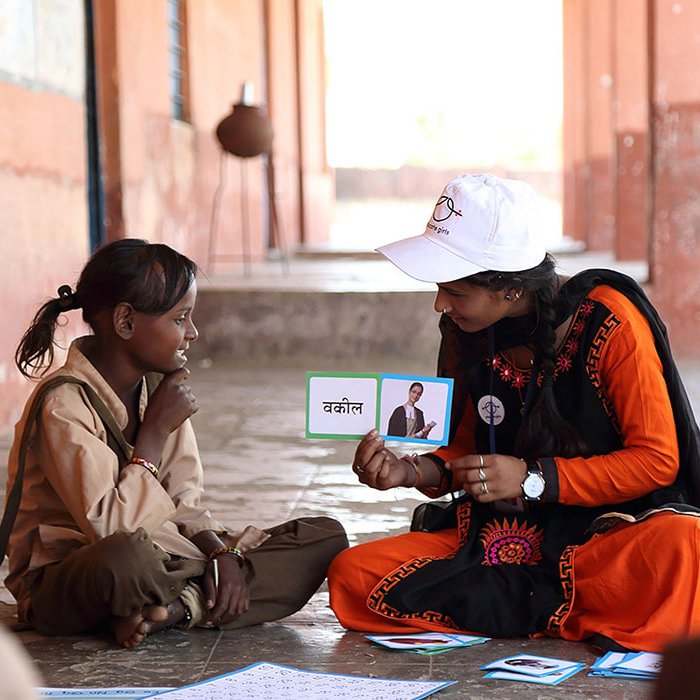 Spread the Joy of Education!

DONATE NOW
We use cookies on our website to give you the most relevant experience by remembering your preferences and repeat visits. By clicking “Accept”, you consent to the use of ALL the cookies.
Cookie settingsACCEPT
Manage consent

This website uses cookies to improve your experience while you navigate through the website. Out of these, the cookies that are categorized as necessary are stored on your browser as they are essential for the working of basic functionalities of the website. We also use third-party cookies that help us analyze and understand how you use this website. These cookies will be stored in your browser only with your consent. You also have the option to opt-out of these cookies. But opting out of some of these cookies may affect your browsing experience.
Necessary Always Enabled
Necessary cookies are absolutely essential for the website to function properly. These cookies ensure basic functionalities and security features of the website, anonymously.
Functional
Functional cookies help to perform certain functionalities like sharing the content of the website on social media platforms, collect feedbacks, and other third-party features.
Performance
Performance cookies are used to understand and analyze the key performance indexes of the website which helps in delivering a better user experience for the visitors.
Analytics
Analytical cookies are used to understand how visitors interact with the website. These cookies help provide information on metrics the number of visitors, bounce rate, traffic source, etc.
Advertisement
Advertisement cookies are used to provide visitors with relevant ads and marketing campaigns. These cookies track visitors across websites and collect information to provide customized ads.
Others
Other uncategorized cookies are those that are being analyzed and have not been classified into a category as yet.
SAVE & ACCEPT